1) Vulcan: The mysterious U.S. government supercomputer that occupied this spot last year has fallen off the list, to be replaced by last year’s No. 9, a less-mysterious U.S. government supercomputer called Vulcan. Housed at the Lawrence Livermore National Laboratory, Vulcan is partially open to the public, who can rent out processor cycles for research or business purpose.

2) JuQueen: Germany-based JUQUEEN is one of two European entries on this edition of the top500 list, powering the Jülich Research Center’s work on scientific simulation in areas from biology to energy and climate research.

3) Stampede: The University of Texas’ Stampede is the lone Dell-built entry on the most recent list, and is the most powerful academic supercomputer in the U.S., posting a 5.16 petaflop mark. It’s used to improve brain tumor imaging, research new types of biofuels, and study earthquakes and climate change, among many other things.

4) Shaheen II: The sole new entrant on this top500 list, Shaheen II is also the first supercomputer from Saudi Arabia (or, indeed, from the Middle East as a whole) to crack the top 10. Housed at the King Abdullah University of Science and Technology north of Jeddah, Shaheen means “peregrine falcon” in Arabic and is designed to support scientific and academic research at KAUST.

5) Piz Daint: The Swiss National Supercomputing Center operates the second of two European machines in the latest top 10, Piz Daint. Named for a nearby Alpine peak, Piz Daint is used for HPC research, as a computing resource for national and international projects, and even as a meteorology platform for MeteoSwiss.

6) Mira: The Argonne National Laboratory’s Mira is the third-most powerful supercomputer in the U.S. and among the most energy-efficient on the list, tying with its larger cousin Sequoia (No. 3) for the greenest in the top 5, at 2176.58 megaflops per watt.

8) Hp’s New SuperComputer. HP’s new supercomputer is up to 8,000 times faster than existing PCs. This week, HP unveiled a working prototype of an ambitious new computer system, dubbed ‘the Machine’, which the company claims is the world’s first demonstration of what it calls memory-driven computing. 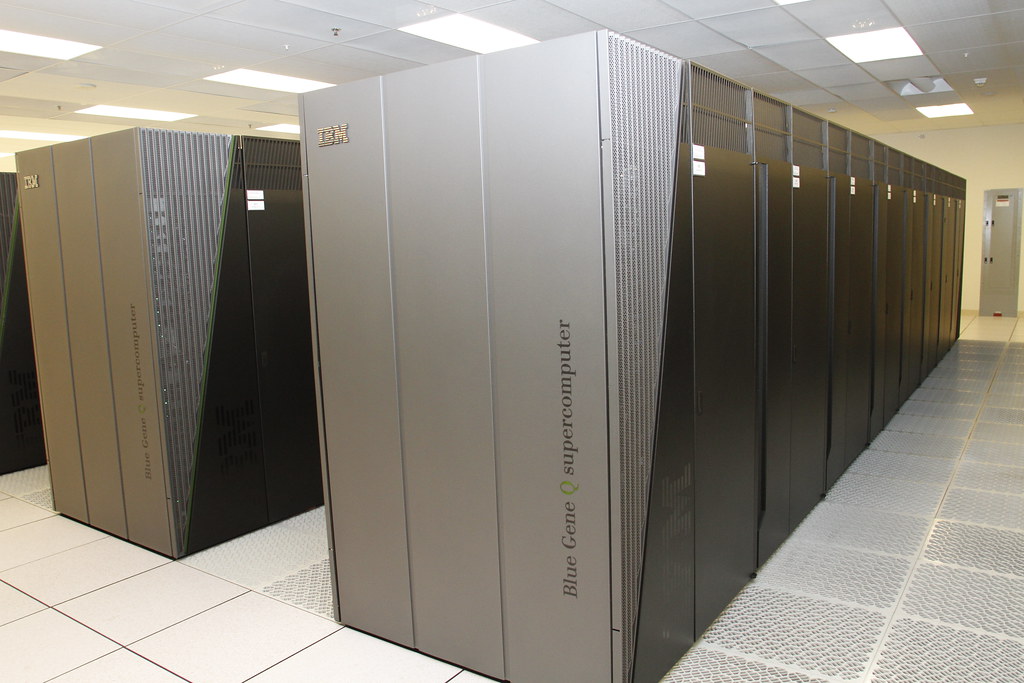 9) Sequoia: Sequoia, at Lawrence Livermore National Laboratory alongside Vulcan and other less powerful supercomputers, maintains its No.3 ranking and tops the list of most powerful machines that do not use GPU-type accelerators alongside its main processor cores.

10) Titan: The most powerful American supercomputer resides at the Oak Ridge National Laboratory, where it’s used for research on materials science, fuel combustion, chemistry simulations and meteorology. But as powerful as it is, at 17.59 petaflops, it remains second-best, behind…

11) Tianhe-2: The winner, and still champion – for the fifth straight time – is the Chinese National University of Defense Technology’s Tianhe-2, or Milky Way 2. At a whopping 33.86 petaflops of computing power, Tianhe-2 is used to do largely whatever the Chinese government wants with it, with relatively few specifics of the massive machine’s workload available.

Did We Miss Something? Mail Us At: Corp.Biovolt@gmail.com Or Let Us Know Via Comments Section Below, And I’ll Catch You In Next One.