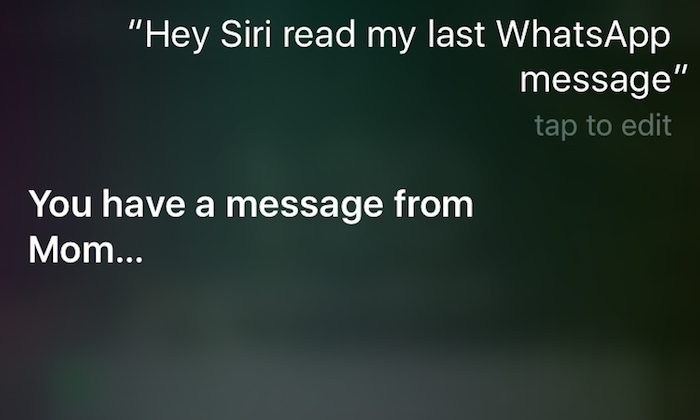 In totality, the update includes 4 changes made to the app.

First, visual enhancements have been made to Contacts Info, Group Info screens and Calls tab. Secondly, WhatsApp will now allow Apple iPhone users to select multiple Statuses in one go to forward or delete them.

The new WhatsApp update also includes Persian language support. The most highlighted update will allow users to use Siri to read out their latest WhatsApp messages out loud.

The feature will come in handy for users while driving and is aimed at making hands-free operation of the app easier. Prior to the update, WhatsApp only allowed users to send messages to their contacts through Siri.

Now iPhone users can simply say “Hey Siri, read out my last messages on WhatsApp” and the voice assistant will start reading all the unread messages. Siri will even ask the user to reply to messages if need be, by dictating the message to Siri directly.

The 90MB WhatsApp update will only work for users with IOS 10.3+ version on their Apple iPhone.

The interface of the app has also been changed to some extent to make it peppier than before.