If you’re looking for the best Android phones around then you’ve come to the right place. Whether you’re looking to upgrade your contract or maybe move from an iPhone, we’ve thoroughly tested every top Android-toting device on the market to make sure you choose the best one.

Android is available on a wide variety of handsets. From big to small, powerful to battery efficient, metal clad to grippy plastic, there’s something for everyone.

The headline act in the Android world is Samsung, it just makes so many. Then you’ve got HTC producing some stunning devices and even LG turning its fortunes around and getting back in the game.

Then there are the cheaper options, but that doesn’t mean you have to sacrifice the specs. OnePlus combined power, a wonderful screen with a very affordable price-tag and the likes of ZTE, Huawei, and Acer all offer plenty of smartphone for your buck.

We’ve rounded up the best Android handsets available today, making sure every device ticks all the vital boxes. We’ve rated them on performance, extra features, camera credibility and of course, how they look and feel in the hand.

All phones look pretty much the same, right? Wrong. The Samsung Galaxy S8 is a gorgeous piece of tech, complete with a curved display which takes up over 80-percent of the screen. It’s so much better than phones which still have large bezels, just because it feels more futuristic (although it does come at the cost of… extra money).

The 5.8-inch QHD display is sublime, probably the best we’ve ever laid our eyes upon, and the 12MP snapper is great in both daylight and nighttime conditions. Everything runs smooth too, thanks to the octa-core processor and 4GB RAM tucked under that metal and glass body. It’s easily the best Android phone out there, hell, it’s also the best smartphone out there.

After LG shook things up with the G5, which was clearly aimed at the tech fans amongst us, the company has gone back to a more conservative approach when it comes to flagship design. That’s no bad thing, because the LG G6 is a belter of a smartphone.

It carries over the excellent camera from last year’s phone, now with a large bezel-less display, and a more premium design. The specs excel as well, if you’re looking for the top end of the Android market.

This is actually Google’s first attempt at designed a phone themselves, and it’s not a bad effort. The Pixel is impressive in almost every area, with a great camera, slick software, decent display and top-of-the-line specs.

It’s let down in a few areas. Firstly, the design is a bit clunky, no where near as premium as its rivals. It also lacks luxury features, such as waterproofing.

All in all however, the Pixel is an amazing phone, and we can’t wait to see the second generation. 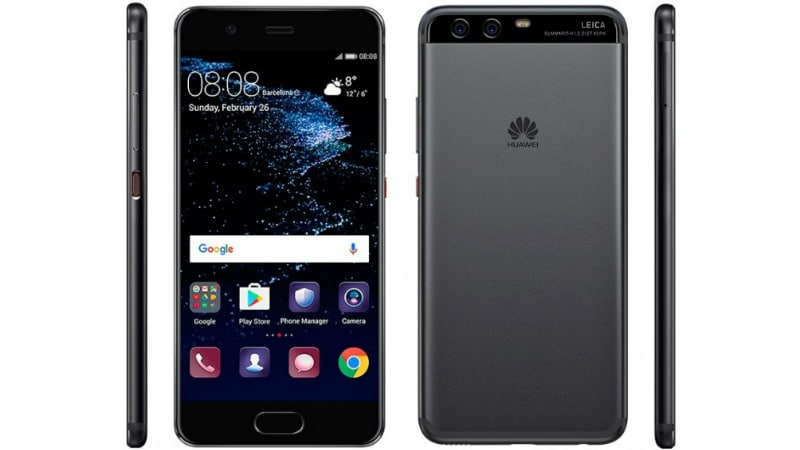 Huawei impressed us all with the Huawei P9, and it has done it again with the brilliant P10. It’s a fairly compact phone with a sleek, Apple-esque design. Under the svelte body is the latest, speediest internals.

The Leica-branded camera is back, and it’s really rather good. A few things let it down, however, such as the system UI, though, Huawei is slowly improving this. It’s certainly not the best Android phone out there, but we get the feeling Huawei won’t stop until it is.

Forget the price for a second – the OnePlus 5 is a fantastic smartphone. It’s got a premium all-metal design, excellent software, great camera, and amazing specs. Now consider that smartphone costs £499, almost £200 cheaper than some of the others on this list, and it becomes easily one of the best smartphones in 2016.

The OnePlus 5 is the OnePlus phone we’ve been waiting for. The phone feels great in the hand, it’s lightening fast, and we didn’t experience any software bugs while testing.

Battery life isn’t great, but thanks to Dash Charge, a quick 30 minute blast of power will replenish 60-percent of the battery.

HTC has a long and proud history of producing amazing, under appreciated smartphones. The HTC U11 is another in the line of brilliant smartphones, and only time will tell if it’ll receive the recognition it deserves.

The body has evolved into a sleek glass and metal design, and the specs have gotten better as well. You’ve now got a 12MP snapper on the back which takes great snaps. BoomSound speakers still provide the best mobile audio experience around, and the Snapdragon 835 processor and 6GB RAM keep everything running smoothly.

Compared to the Samsung Galaxy S8, the U11 doesn’t feel quite so revolutionary, but we still can’t help marvel at the build quality.

Sony’s latest flagship focuses on two areas, the screen, and the camera. The screen on the front has a humongous 807 pixels per-an-inch that makes one of the clearest images on a smartphone, ever.

The 5.5-inch screen is a decent size, but the phone is quite large due to the large bezels at the top and bottom of the screen.

It also includes a 19MP sensor camera that has great auto-focus technology that means you can grab moving objects in a way we’ve never seen before. It also has a super slow motion, 960fps video function.

There’s a new fingerprint sensor running along the side of the phone that works perfectly compared to options we’ve seen on other phones. Overall, this is one of the best choices if you love 4K and slow motion video.

The Moto X Force is one of the best phones we’ve seen in a long time from Motorola and with a durable design which means it’s almost impossible to break.