Chromebooks might have taken their time to become part of the public lexicon, but after several years of demanding respect, they’ve finally gotten it. Over the past few years Chromebooks have carved out their own niche in the laptop market with their mix of snappy performance and relatively low price tags compared to their Windows counterparts. Let’s dispense with a likely question right away: Yes, a Chromebook is by definition a laptop. A laptop is a portable computer meant to be placed almost anywhere, including your lap, but still has the same basic functionality and input devices as a desktop. A Chromebook meets all of the specifications. It is simply a laptop running a different operating system.So what’s the difference between a Chromebook and a Windows-based laptop or a MacBook?

You may be used to choosing between Apple’s macOS and Windows when shopping for a new desktop or laptop computer, but Chromebooks have offered a third option since 2011. What is a Chromebook, though? Chromebooks don’t run Windows or Mac operating systems, instead, they use Chrome OS.

What is Chrome OS? In the most basic sense, it’s the same desktop Chrome browser you may have used with your older Mac or PC. That means anything you could do in Chrome on Windows or Mac, you can do here. All the programs that you used outside of your browser on your PC or Mac? They simply don’t work with Chrome OS, unless there is a web app or mobile app equivalent.

So Chrome OS is basically a browser that also happens to run your entire computer. Of course, Chrome OS has some ‘extras’ that make it more than just a browser. For one, there’s a desktop environment similar to Windows, and you can also use a Chromebook offline. There are more than 200 web apps that work offline for Chrome OS, and many Chromebooks now run Android apps.

Most Chromebooks can connect to the Internet with both Wi-Fi and cellular data connections, but there are times when you simply can’t find a signal. Fortunately, there are workarounds for plenty of routine tasks. You can still compose and read emails with Gmail Offline and work on documents with Google Drive Offline. The offline apps will automatically save what you’ve been doing and sync back up with the online services when your computer has an Internet connection. 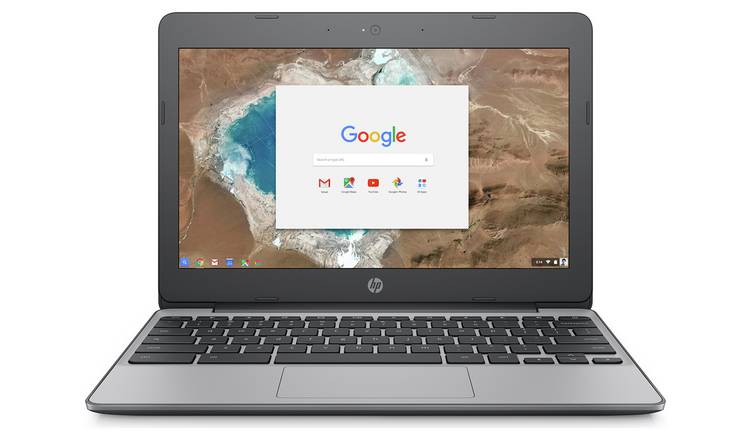 Speaking of price tags, the primary reason why Chromebooks have become so popular has more to do with the lack of weight it will take away from your wallet as opposed to the weight it will put on your lap. This is especially true for schools and companies that are buying in bulk, but certainly a major factor for anyone buying a new laptop.

Make no mistake: you can buy an expensive

Chromebook.Windows-based laptops have much more variety in price tags. The cheapest will compete with a Chromebook, while the most expensive will make the Pixelbook look cheap in comparison. And on Apple’s side of the universe, the cheapest MacBook is as expensive as that Pixelbook.

Result: Tie. The low-end price tag on a Chromebook and on a low-performance laptop is very similar.

So if you can buy a Windows-based laptop for as cheap as a Chromebook, why buy a Chromebook?

The magic in a Chromebook resides in the Chrome OS that powers it. Windows is designed for the enterprise, not low-end laptops. Simply put, it doesn’t scale down very well. It requires more hard drive space, more memory and takes up more CPU time, which is time it could be using following your commands rather than its own.

Chromebook specifications often seem weak compared to their Windows laptop counterparts, but there are good reasons for that. Chrome OS is lightweight enough that you don’t need the same processing heft of a Windows laptop and the lower-end components typically require less power to operate, helping extend Chromebook battery life significantly.

But they are great at what they do. The low price tags are of particular note too, making them perfect for certain audiences. Note-taking and media viewing are very student-centric tasks and limited budget is a hallmark of that period of many people’s lives. Chromebooks aren’t for everyone, but if it sounds like it might be a good fit for you, give one a try, you might be surprised by how much you like it.